It’s done! I’ve made the thesis that I wrote at the Royal College of Art into a book! I’ve always wanted to try making a book out of paint because well, the thesis is called “The Corpo-reality of Oil Paint.” 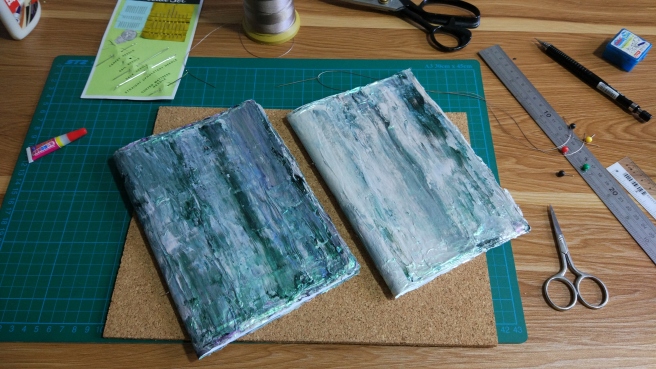 It’s been a month since I’m back from my year-long studies at the Royal College of Art. After a month of trying things out – testing different paper weights that will give a nice hand feel with the soft cover, making a PDF that won’t cause the printer to shake her head at me, emailing and dropping by bookbinders and getting “whaaat is this that you’re trying to do??” responses from some and helpful advice from others, I finally tied that knot on the last stitch on the binding! These two books were made for two very special friends and dearly respected teachers who have been with me on my journey for more than a decade now. 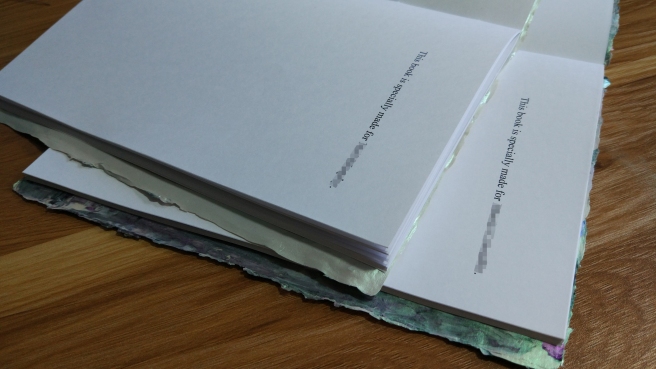 Several failed attempts and mocks ups later (booklets when folded became larger than what I calculated, accidentally piercing holes that I wasn’t supposed to pierce with my needle when binding etc), the final form finally took shape. Originally I conceptualised something quite different, but upon making, did not quite work out as planned. So here it is, a saddle stitched book with nothing on the covers to showcase the materiality of the paint that it is made of.